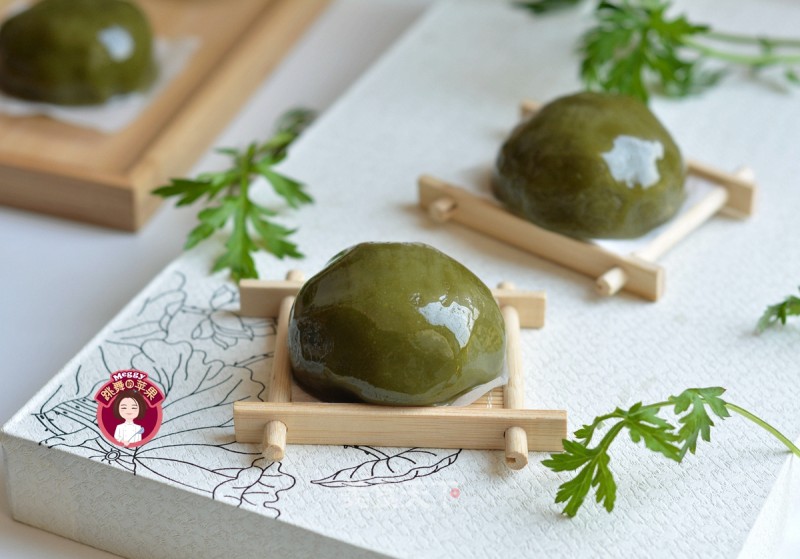 “The Youth League is a traditional snack in southern China. It is famous for rubbing sticky rice flour balls with the juice of Aicao, then wrapping them in bean paste fillings or other flavor fillings.The Youth League was originally used for the sacrifice of Qingming Festival, but now it has become a home snack and spring outing snack.The Youth League put the argyrophyll juice, not only green and bright in color, but also has a light and long fragrance. The youth league made with the color of spring is also a complete combination of nature and human wisdom, right?

Remove old and yellow leaves from fresh argyi grass, soak them in salt water for 3 minutes, remove floating dust, and rinse them with clean water. 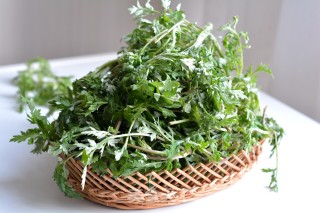 Cook in a boiling pot, discolor, remove and cool naturally. 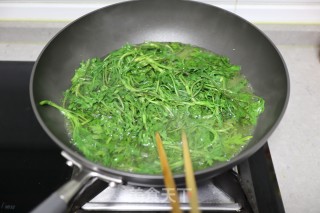 After boiling the water, I weighed the mugwort, weighing about 260 grams. I cut the mugwort into small pieces and put them into the broken wall cooking machine. Then I poured 320 grams of cold water into the pulp. The amount of water can be adjusted according to the amount of young leagues to be done, a little more can be done. 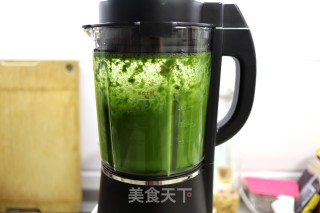 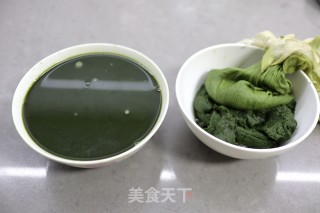 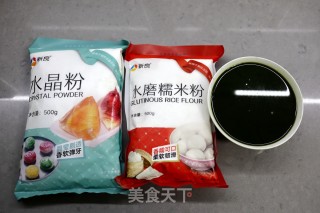 Take about 35 grams of wheat starch, blanch it with 30 grams of hot water, and mix it into a ball. The heated wheat starch is very sticky, and the skin will not crack; I use the water in the hot pot, because it is only about 80 degrees for a period of time, if it is flushed with boiling water, the wheat starch will be blanched and transparent, and the adhesion will be stronger after it is put into the glutinous rice dough. 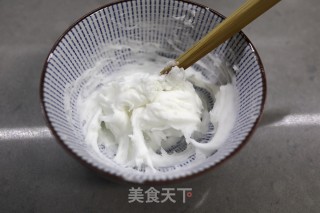 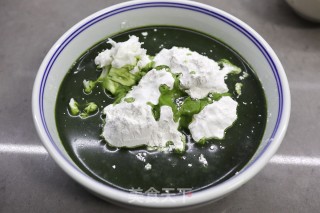 First stir chopsticks into pieces, then hand knead into a ball, if too dry can pour some mugwort juice, can knead into a smooth glutinous rice ball, covered with preservative film for a while; 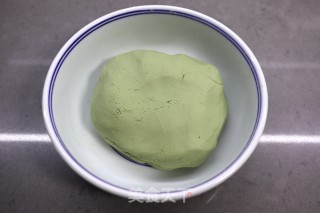 When making dough, we should deal with fillings: sliced pork fillings, chopped bamboo shoots, dried white tofu, chopped small dices after 10 minutes to remove astringency. The dosage is not fixed, according to their own preferences and packaging techniques to decide; 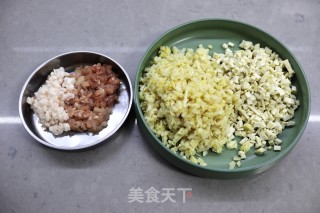 Pour a little oil in the frying pan, first stir-fry pork to change its color to fragrance, then mix with soy sauce; then stir-fry spring bamboo shoots and tofu dried, sprinkle with salt, until the water is dry, turn off the fire, and cool. 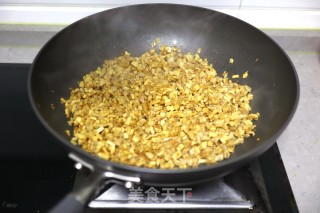 The preserved mugwort glutinous rice dumplings were weighed into 12 parts, each weighing about 50, and the quantity was determined according to their own preferences. The final size of the dumplings was determined by weight and technique. 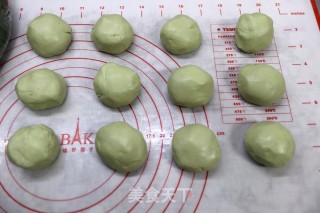 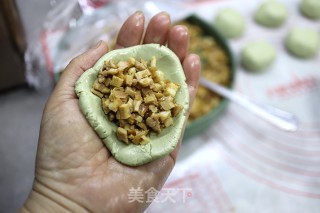 Close the edge of the skin to the center and pinch it tightly. There is no fixed wrapping method, as long as the filling is not leaked. 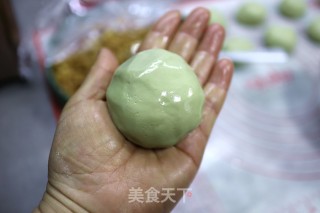 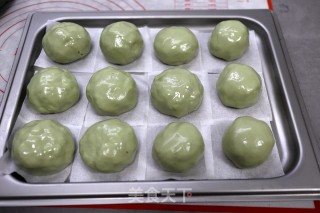 Put the steamer with the Youth League into the steamer, 100 degrees, 15 minutes from in to out. 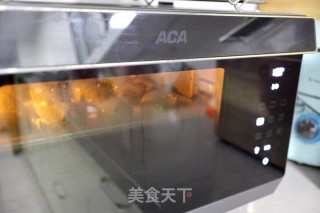 After steaming, a thin layer of vegetable oil is brushed on the surface to prevent the skin from evaporating, drying and cracking, and at the same time to prevent sticky hands.Hot or cold food can be eaten, there will be different flavors. 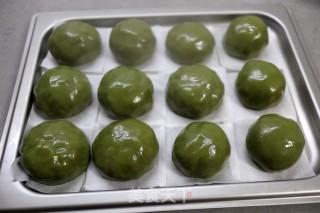 The green ball with thin skin and big stuffing, the stuffing is delicious and salty, how can we not eat enough? 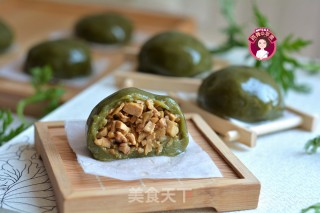