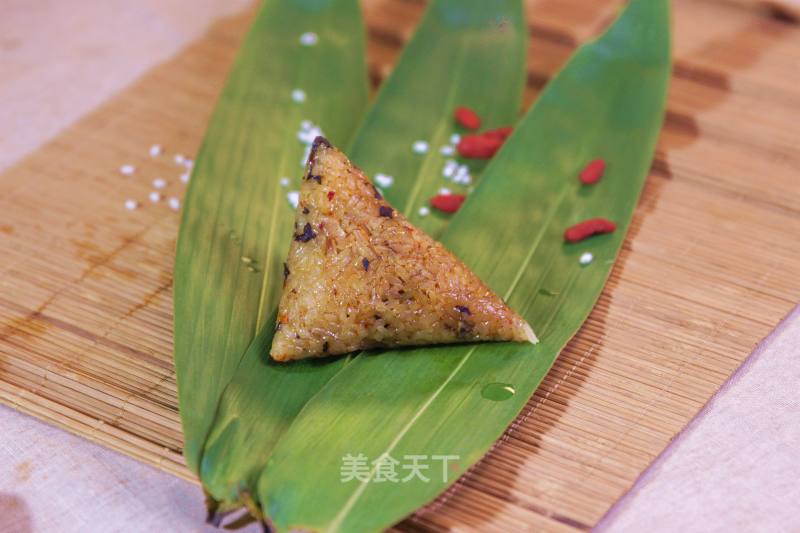 Come here and let the photographer give a close-up of the soul of this dish. 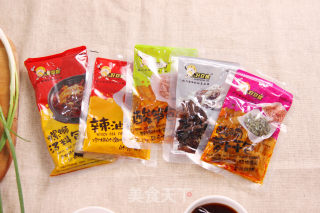 Cut the pork fillet and prepare for pickling. 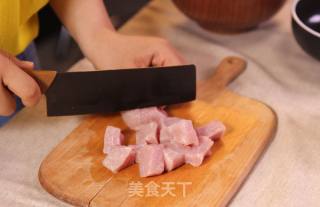 Pour sour bamboo shoots, sour beans, snail soup and spicy oil bag together with cooking wine and a little salt into a bowl to control the dosage of pickled * spicy oil bag. After all, the spicy oil of Haoyuan snail is very spicy.Emmmmmmmmm 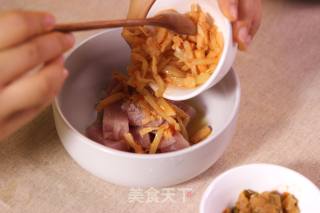 Mix well and marinate for at least 30 minutes. 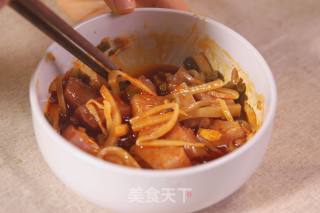 Cut the fungus into pieces and set aside. 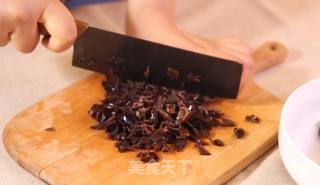 Pour the chopped agaric into the glutinous rice. 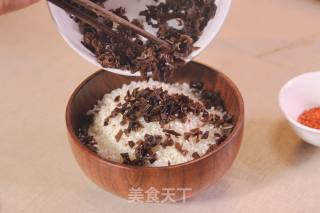 Mix in the remaining soup and chili powder. 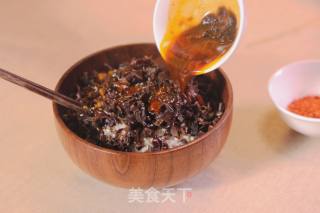 Mix the poured ingredients well and set aside. 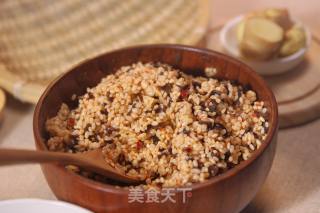 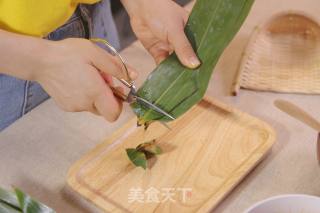 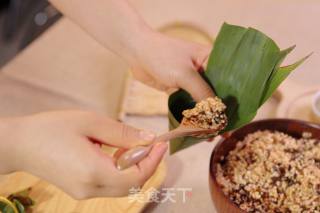 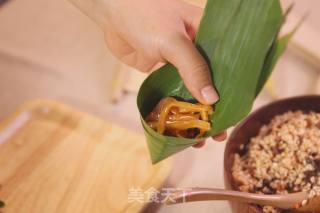 Of course, we also have to choose large pieces of meat to put!* Rice must be compacted. 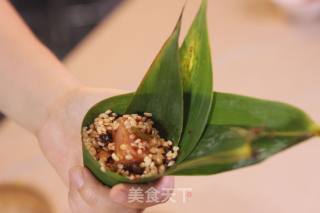 Then fold the leaves along the triangular Brown shape and tie them tightly with the brown rope.~ 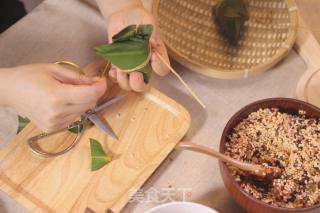 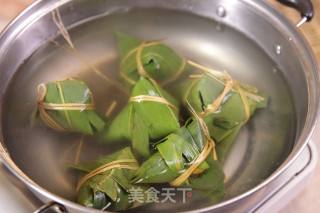 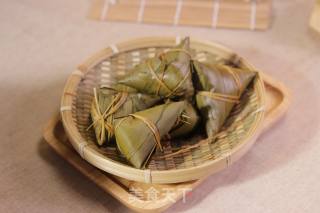 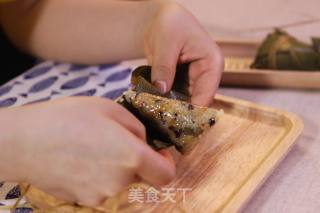 (1) Spicy oil packages must be added according to their own needs, not to eat spicy small partners can be replaced by fragrant oil or other animal oil; (2) If you think the cooking pot is too long, you can replace it with a pressure cooker. The length of time depends on the size and quantity of zongzi, but it should be at least 40 minutes or more.