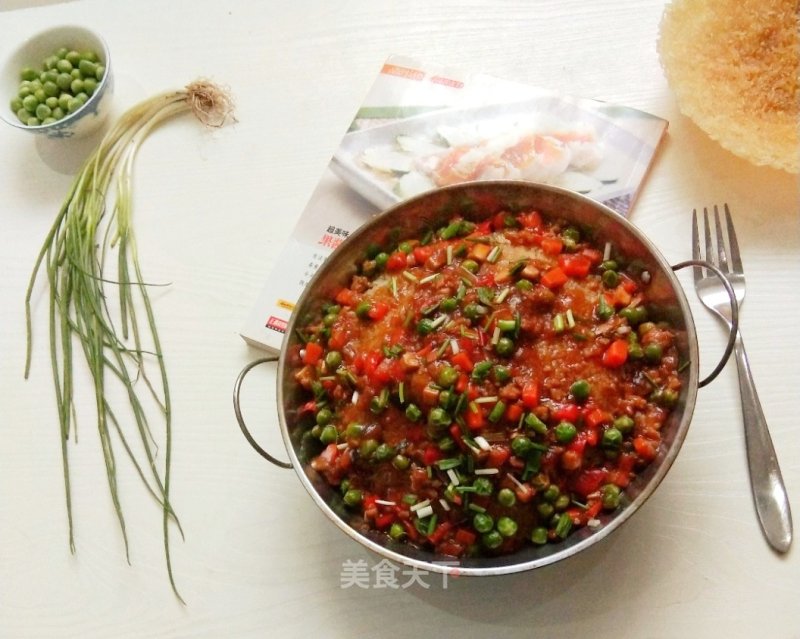 “It is said that during the Qing Dynasty, Emperor Kangxi took a trip in micro clothes and asked for food by a village woman’s house. The village woman did not know that the emperor had arrived. At this time, she had eaten all the food at home. So the village woman mixed the leftovers soup with pot and gave Kangxi food. She praised the emperor greatly after eating, and wrote down the words”the first dish in the world”.From then on, the sauce pot became famous all over the world.The sauce-pouring pot is not only delicious in color, fragrance and taste, but also refreshing when it is poured on the table. The aroma of the pot is overflowing, which enlivens the atmosphere of the table and adds more interest to the table.

Start the pan, pour the oil and heat it. Slide the oil down and pour the excess oil into the bowl for later use. 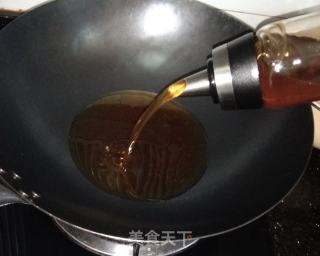 Sprinkle the leftover rice evenly in the pot, slowly bake over low heat until it solidifies, and press the rice thin and flat to the shape of a round cake with the help of a spatula. 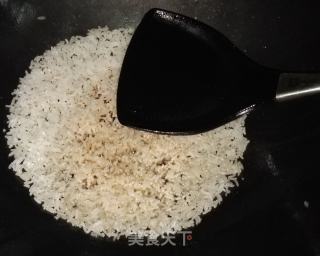 Pour enough oil into the pan twice and fry it slowly in low heat. When pouring oil for the first time, pour the oil on the pan with a spoon, so that the pan can be soaked and fried, and play a role of consolidation and stereotyping. 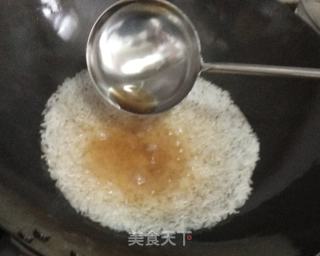 Once again, pour enough oil into the pan, and continue to pour the oil on the pan with a spoon, so that the whole pan can be evenly fried. 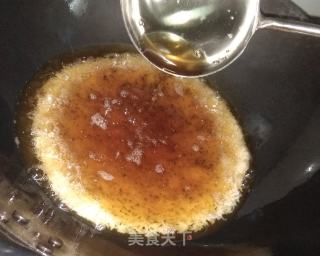 Fried until golden crispy on both sides, put it in a plate for reserve, or can be made into small containers for leisure snacks to eat. 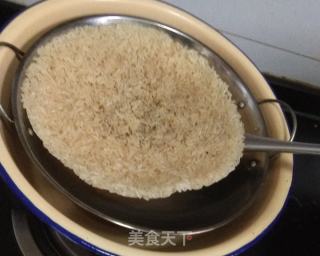 Add a little starch in the meat foam and knead it evenly by hand. Cut onion and ginger into foam. Cut mushrooms, chili peppers and carrots into dices. Rinse peas and rice. All the materials are ready. 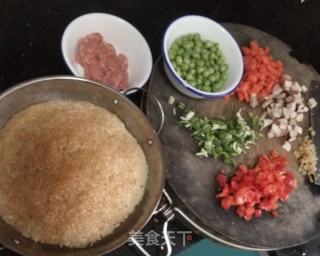 Pour oil into the pan and heat it. Add onion, ginger and chili pepper, stir-fry with meat foam. 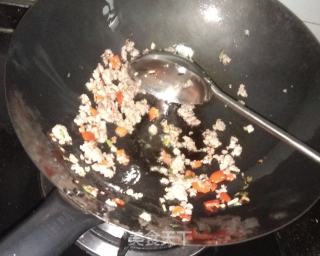 Then pour in peas, mushrooms, peppers, carrots, sauce and sugar and stir-fry. 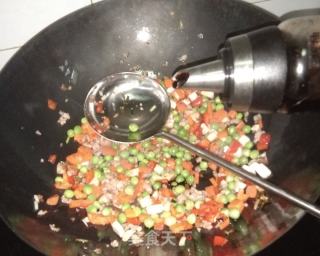 Bring to a boil with some water and a little salt, oyster oil and chicken essence. 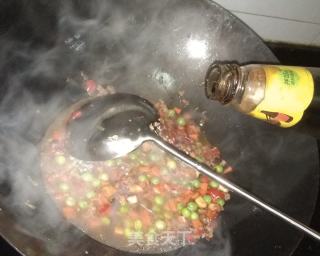 Finally, pour in water starch, stir-fry and turn off the heat evenly. 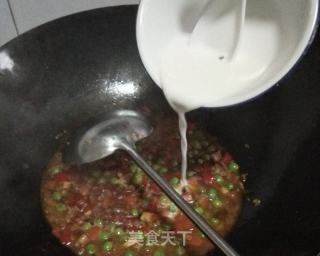 The cold pot can be fried again in an oil pan, put the remaining heat on the plate, and pour all the soup of Gouqin on the pot. Under the action of high oil temperature, the pot will make a nourishing noise. 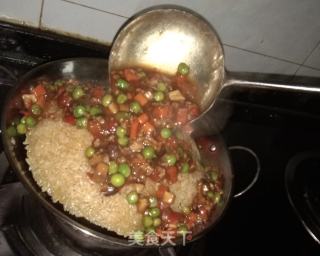 A plate of crisp and loose soup pot is ready. It tastes good only when it is hot. After a long time, the pot is not crisp when it is soaked in soup.

Overnight rice with appropriate amount of starch can play a coagulation role.