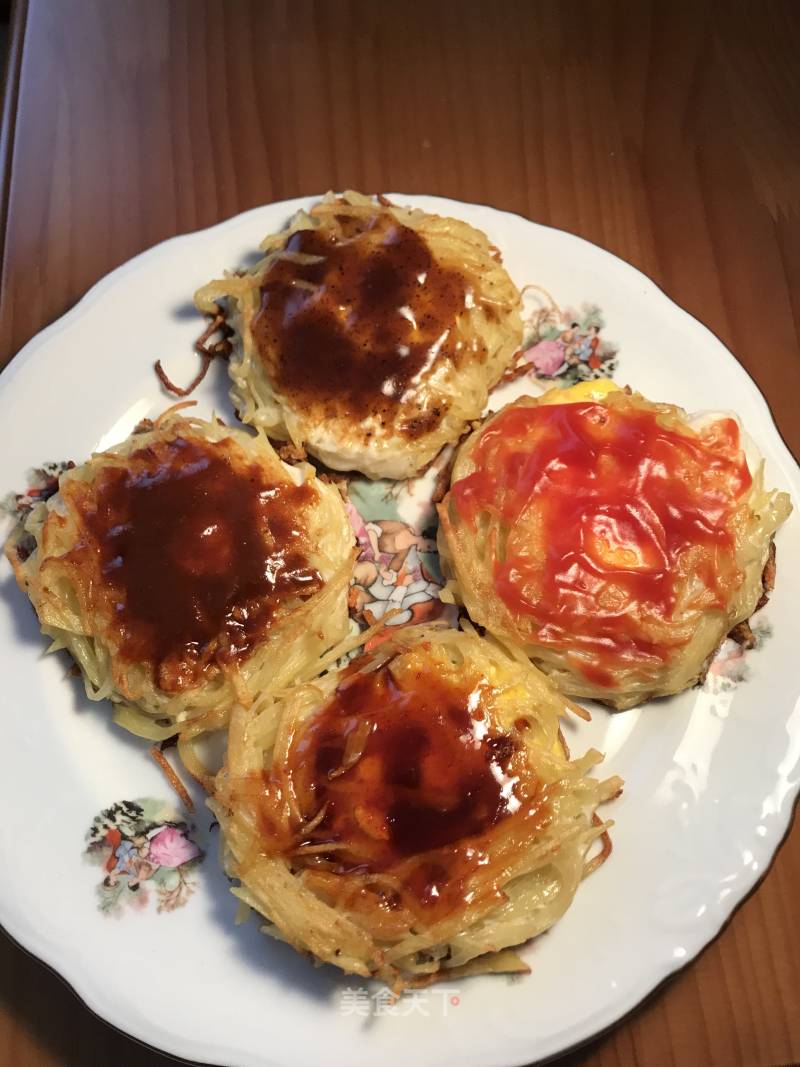 “The snack we tried to make deserves to be called net cabbage. The whole family loved it very much. The second time we cooked it, it was sent to the children upstairs. Unexpectedly, two days later, her mother knocked on the door and said that her children were crying and crying for food. There was no way but to”go downstairs and learn art”.So this snack is the children’s favorite. 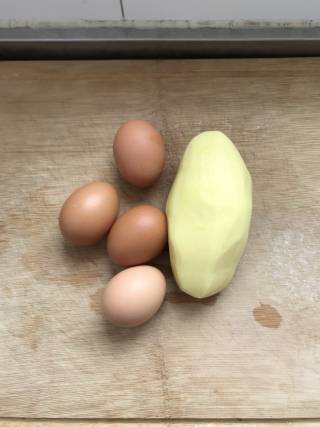 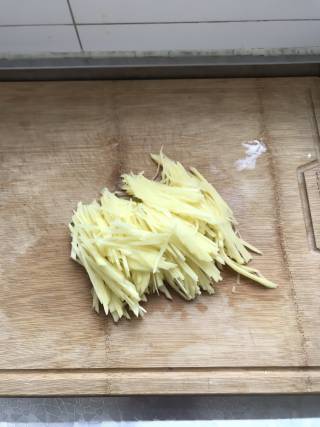 Potato shreds are boiled in boiling water for a while, then drained 30 seconds after boiling. 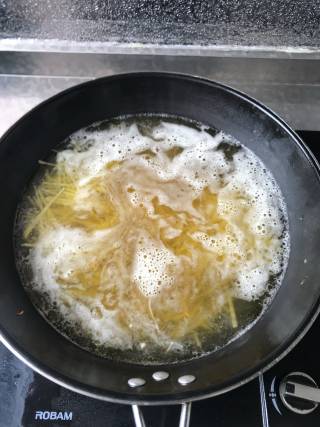 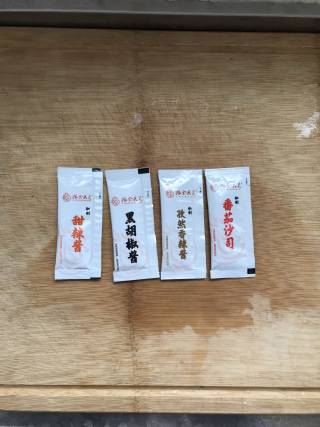 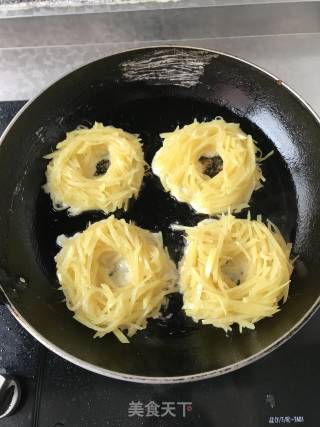 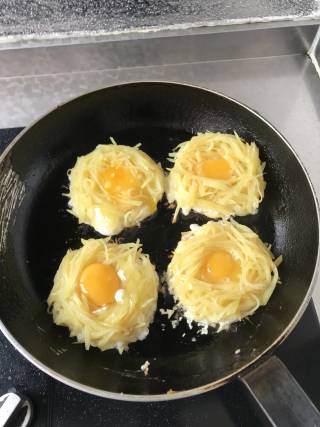 Turn the potato cakes one by one after the eggs are shaped. 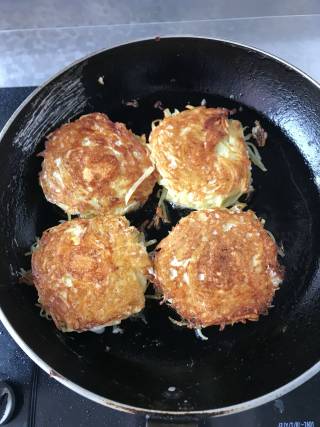 Turn the yolk up again. 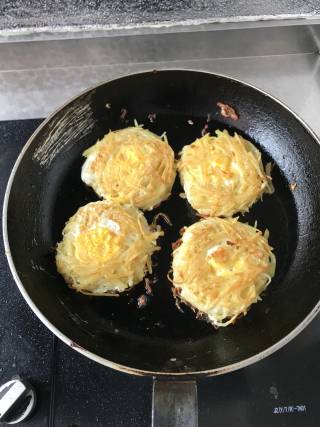 Apply four sauces on four cakes, and you can enjoy delicious food. 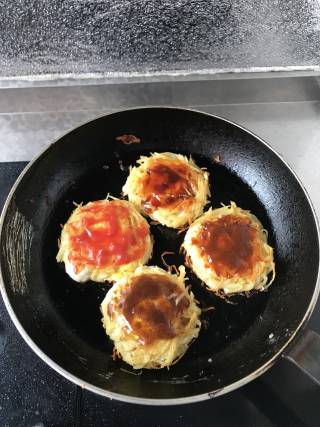 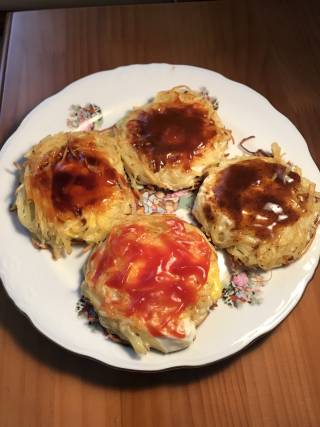