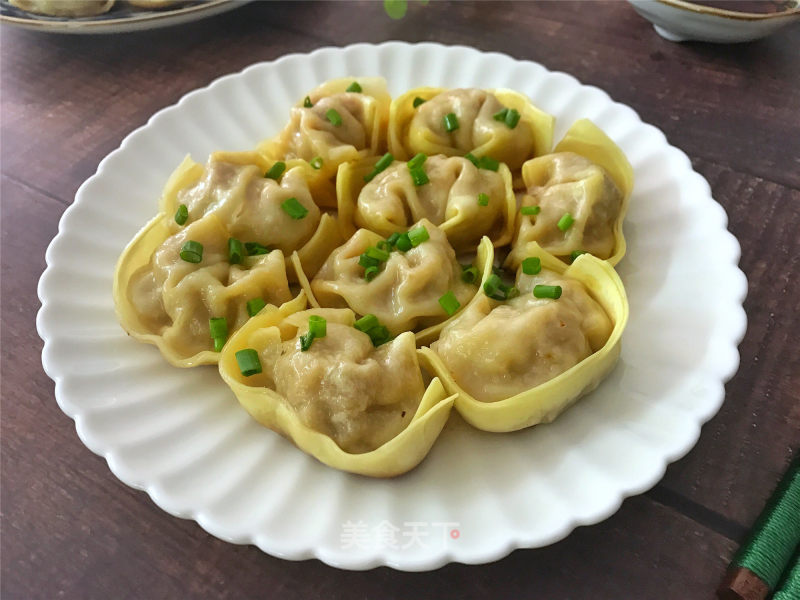 “There are two ways to fry wonton in oil. One is to fry it directly, the other is to steam it first and then fry it. The same way is to fry it directly and fry it raw. It is to add proper amount of water into the pan until the water is completely boiled, and then continue to fry until the bottom is golden.First steamed and then fried is the raw wonton steamed to half-cooked before frying in oil pan, directly fried than first steamed and then fried more fragrant crisp, just out of the pan fried wonton, crisp and crisp, bite down, soup will flow out, delicious, that taste is really missed.

Mix the meat and lotus root together, then mix in the seasoning, add some water and beat slowly until sticky. 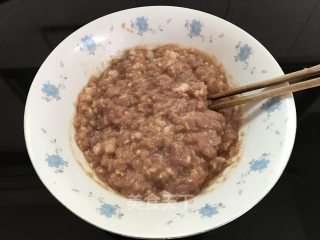 Take a wonton skin and put some meat filling on it. 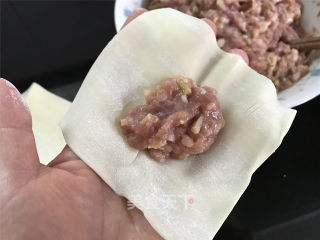 Fold up the skin below. 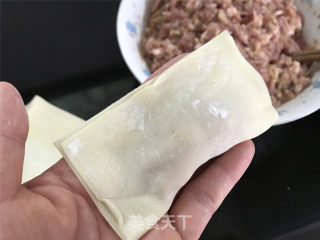 Turn back the corners and stick the joint with some water. The wonton will be wrapped. 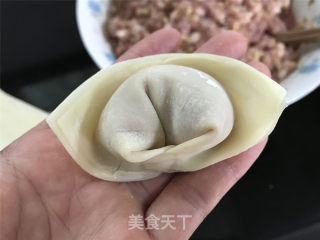 In the same way, wrap all wonton skins and put them on a plate. 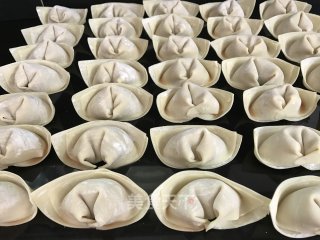 Heat the pan, put a little oil into wonton, fry in small heat for about half a minute, then pour a small bowl of hot water along the edge of the pan, about half of the wonton. 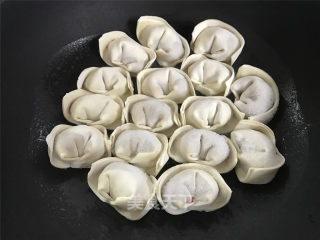 Cover the lid of the pan and turn the pan several times to heat it evenly. Cook it until it is dried. Pan-fry the wonton until it is golden and crisp on the bottom. Sprinkle shallots before you leave the pan. 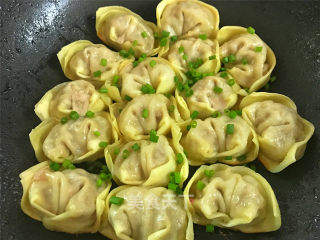 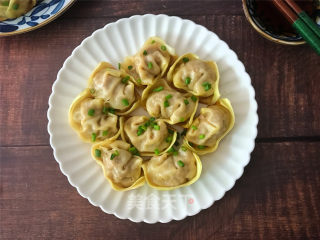