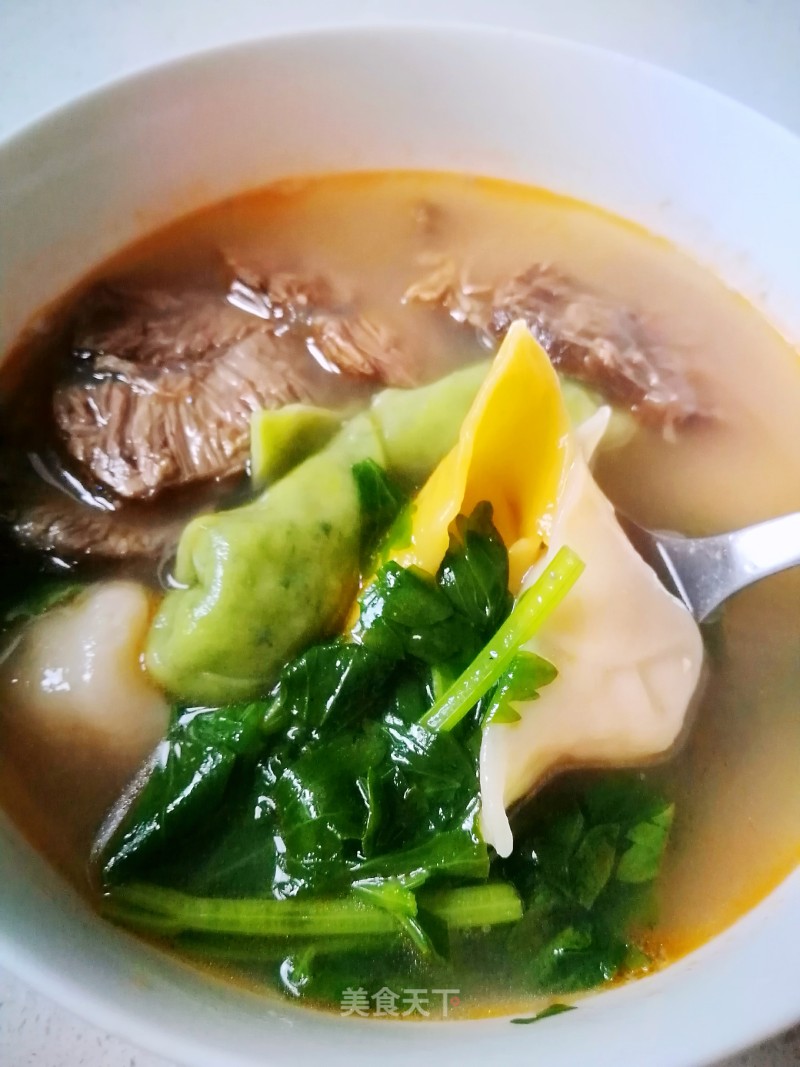 First, make green dough: spinach wash, boil with water, add half a spoon of edible alkali to spinach, add some cooking oil to fish out, chop, add some water into the machine, start the machine to make juice, pour the bowl for reserve. 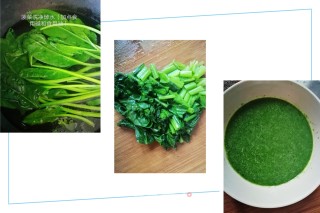 Add flour, a little alkali, slowly pour spinach juice into the bowl, stirring until a slightly hard dough is formed (the dough needed for rolling is too soft to roll a thin skin). Wake up for 15 minutes with a fresh-keeping film (wake up to quickly smooth the dough with less effort). 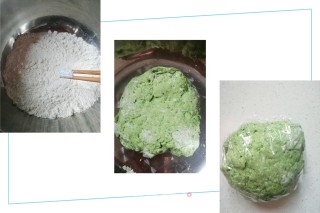 Yellow dough: Pumpkin is washed, peeled, sliced, steamed on a plate or shelf, and pressed into mud in a container. 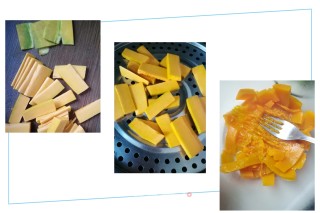 Pumpkin pressed into mud and added flour (pay attention to the amount of flour a little bit, see the water absorption of pumpkin) plus a little edible alkali, knead into a slightly hard dough, wrapped in fresh-keeping film, wake up for about 15 minutes. 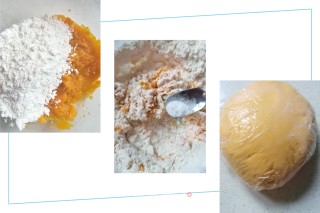 White dough: Ordinary flour (known as medium gluten flour) with a little edible alkali to form a slightly hard dough, wrapped in a fresh-keeping film and wake up for about 15 minutes. 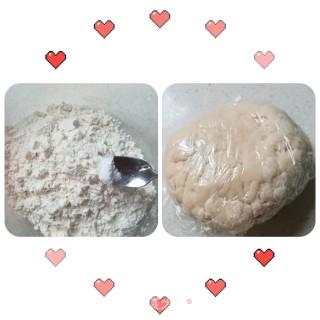 The dough of three colors is all right (the color of the normal food itself is not so gorgeous, the color is lighter when boiled in the pot). 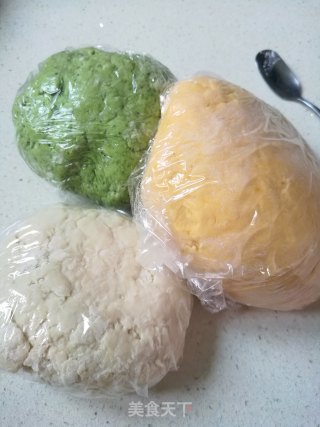 When we wake up, let’s make stuffing: fresh shrimp is cut into granular shrimp thread (which tastes good). Pork is chopped into mud. It’s better to bring some fat meat (you can also make mud with a cooking machine, which is quite different from hand-chopped mud). Ginger, carrot and parsley are chopped (mainly because children eat a little vegetables), and pure meat is preferred.No vegetables. 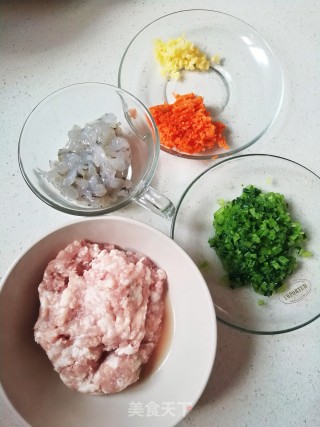 First put pork paste + shrimp into the container, pour in a spoonful of cooking wine + a little salt + a little raw meal and stir vigorously in one direction (this step forgot to take photos). Put carrots, parsley, ginger into the stirred meat paste, add oyster oil, shrimp powder, a little salt, a little oil and stir evenly, put aside. 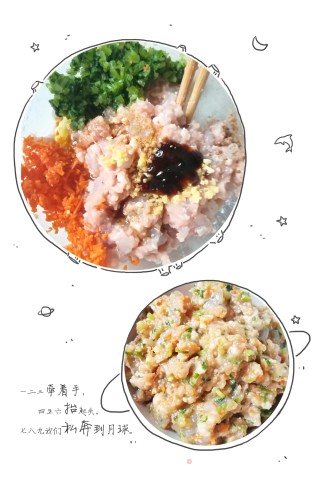 All three dough wake up and take them out and knead them into smooth dough. 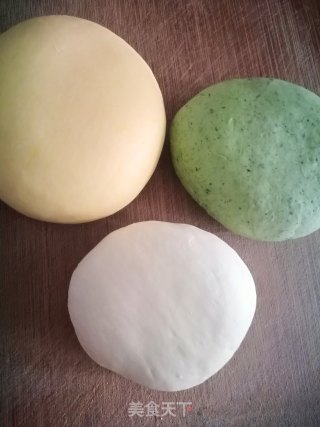 The three dough are rolled into thin skins in turn. 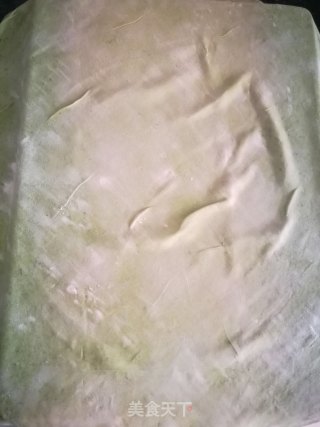 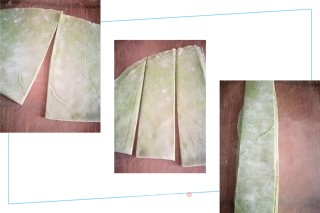 Straighten up the vertical strips and cut into a narrow side and a wide side of the face. 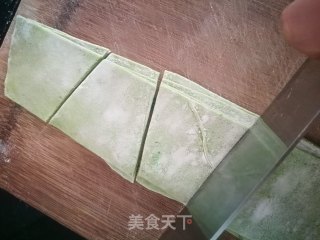 Take a piece of Yuntong skin with a narrow mouth facing outside (finger direction) and a wide mouth facing inside the palm. 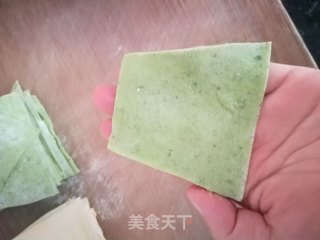 Put the filling in, roll it up from outside to inside, and leave a little noodles at the end. 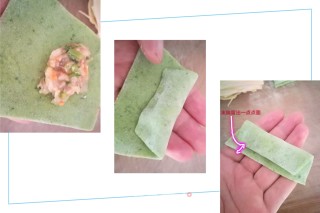 After curling up, pinch both sides tightly. 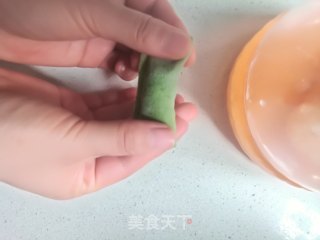 Pinch the two sides tightly. The two corners of the picture circle together and pinch tightly. 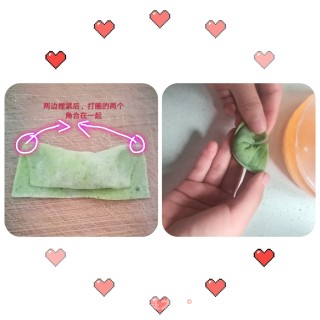 Do it all in turn according to this technique. 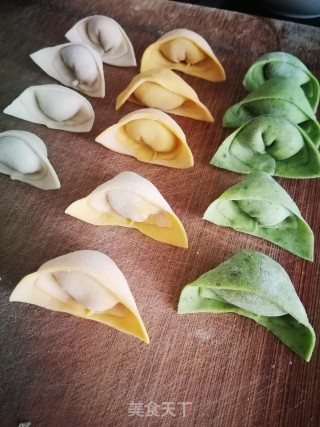 Shrimp heads are marinated with liquor and ginger shreds for 5 minutes. 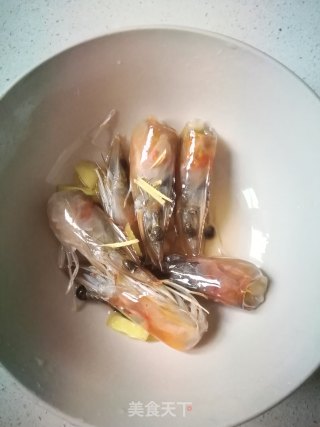 Pour a little oil into the pot (there is less oil here, the children can not eat too much oil) and fry the red oil into the shrimp head. Pour into the big bone soup (the rest of the bone soup I cooked at noon, no water can be added) and boil the colored yuntun, add some raw pumping and a small amount of salt. The yuntun can be boiled in a bowl with a spoon. The soup in the pot can be scalded with vegetables. 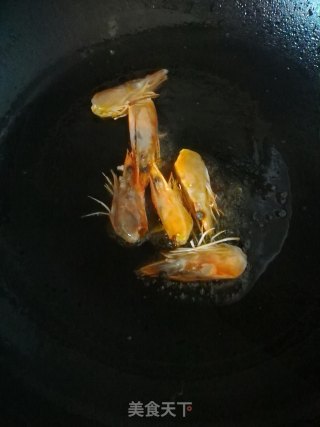 This time, it’s served with stewed beef and parsley leaves (you can match your own dishes according to your own taste). 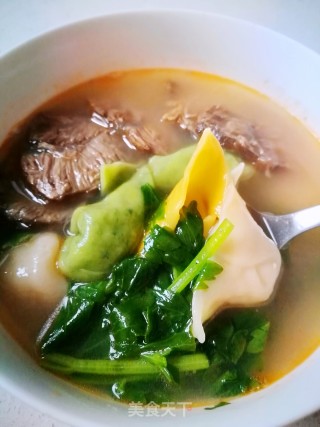