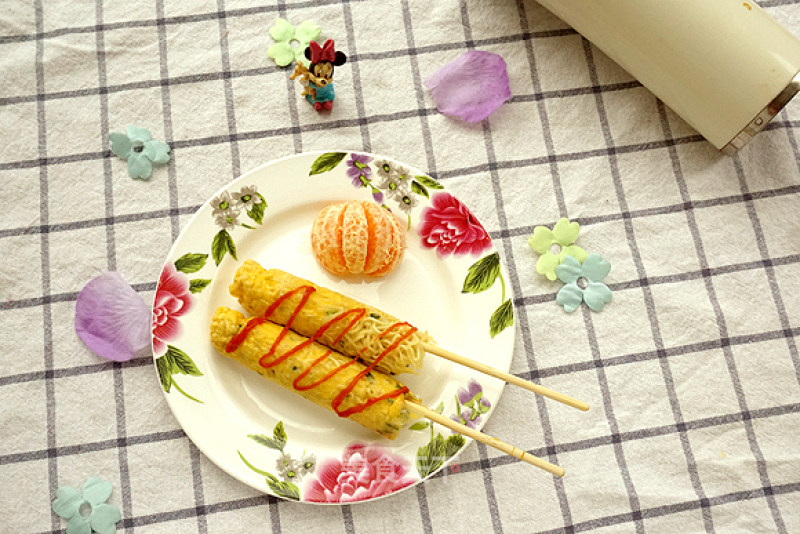 “Previously, I just thought it would be interesting to make eggs into sticks directly, and I didn’t think about getting one.Now I have taken over an egg cup for breakfast, which I can try.No packaging, no instructions, only to find their own strategy.After a search, I found that there are still 2.0 versions of this thing - double stick egg cup, two at a time.I haven’t thought about how to toss the egg cup yet. I saw a small dish of instant noodles on the desk.Suddenly I thought of the instant noodles omelet that I used to make. Well, this can be stuffed into an egg cup and turned into a stick.So use this egg cup to reinterpret it?Egg juice and instant noodles are stirred together, not into a pot and spread into a round cake, but into an egg cup.But you can’t all fall in and score twice.Because the egg cup is too full and its capacity is limited, when the egg is heated up, the top layer of the egg liquid may not solidify and mature due to insufficient heating time.Preheat for 2 minutes and heat for 5 minutes. A instant noodle egg stick rises slowly under the action of heat and steam.It’s interesting to watch.Egg cups look interesting, but a little time-consuming, a small dish of instant noodles, scored twice, spent more than 10 minutes.It takes only half the time to make a cake in the pan.Unfortunately, in the golden morning, I really don’t want to toss about like this.However, the instant noodles egg stick, but in another form, presents the instant noodles and eggs interesting combination. 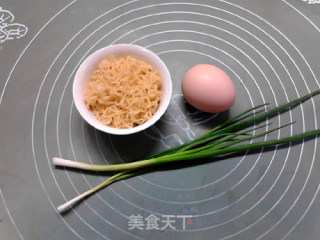 Wash the scallions, remove the old leaves and cut them into scallions. Set aside. 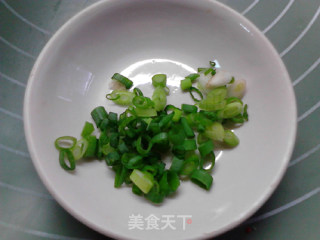 Pour the eggs into a bowl, add salt and pepper, and mix well. 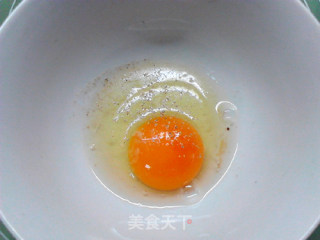 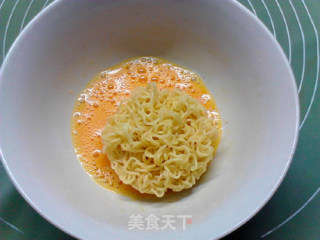 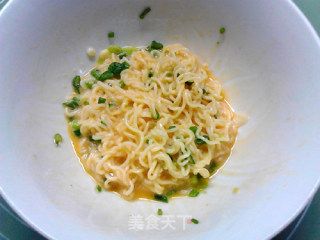 Plug in the breakfast egg cup and preheat for 2 minutes. 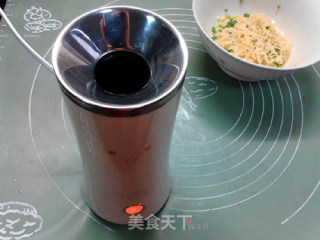 When the egg cup is preheated, put the bamboo stick in it. 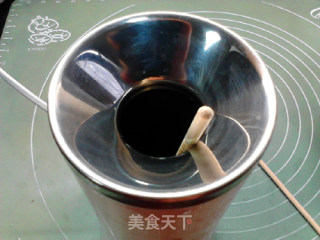 Pour half of the prepared instant noodles into the egg cup.

About five minutes later, the eggshell ripens and rises from the hole itself. 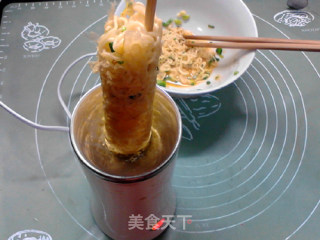 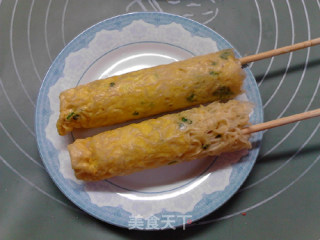 When both eggs are finished, put them into a plate, squeeze tomato sauce on the surface and eat them while they are hot. 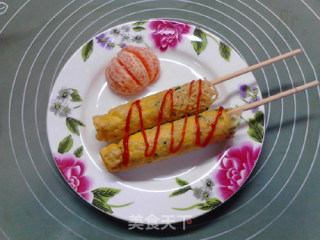 When filling the egg cup with ingredients, it should not be too full to avoid unripe surface.Instant noodles should be cooked before use.The amount of onion can be increased or decreased according to their preferences, or not used.